Android has a robust implementation of encryption for the data partition where all system/user data is stored. It's also quite convenient as it can be enabled out of the box by the operating system. It becomes useful as soon as a lockscreen password is set.

The feature falls short for users actively seeking to secure their device as it's inherently tied to the lockscreen password. By default, the screen will be locked after 5 seconds of sleep so it's too inconvenient to set a complex password. A smartphone's user experience is quite different when sending a text message or glancing at a map requires typing a 26 character passphrase with capitals, numbers and symbols on a tiny touch keyboard.

The feature is exposed in the Security settings menu in the Settings app.

There's a new menu entry shown in the Encryption section if the data partition is encrypted for setting a separate encryption password. It's simply based on the existing password/pin/pattern entry widgets. 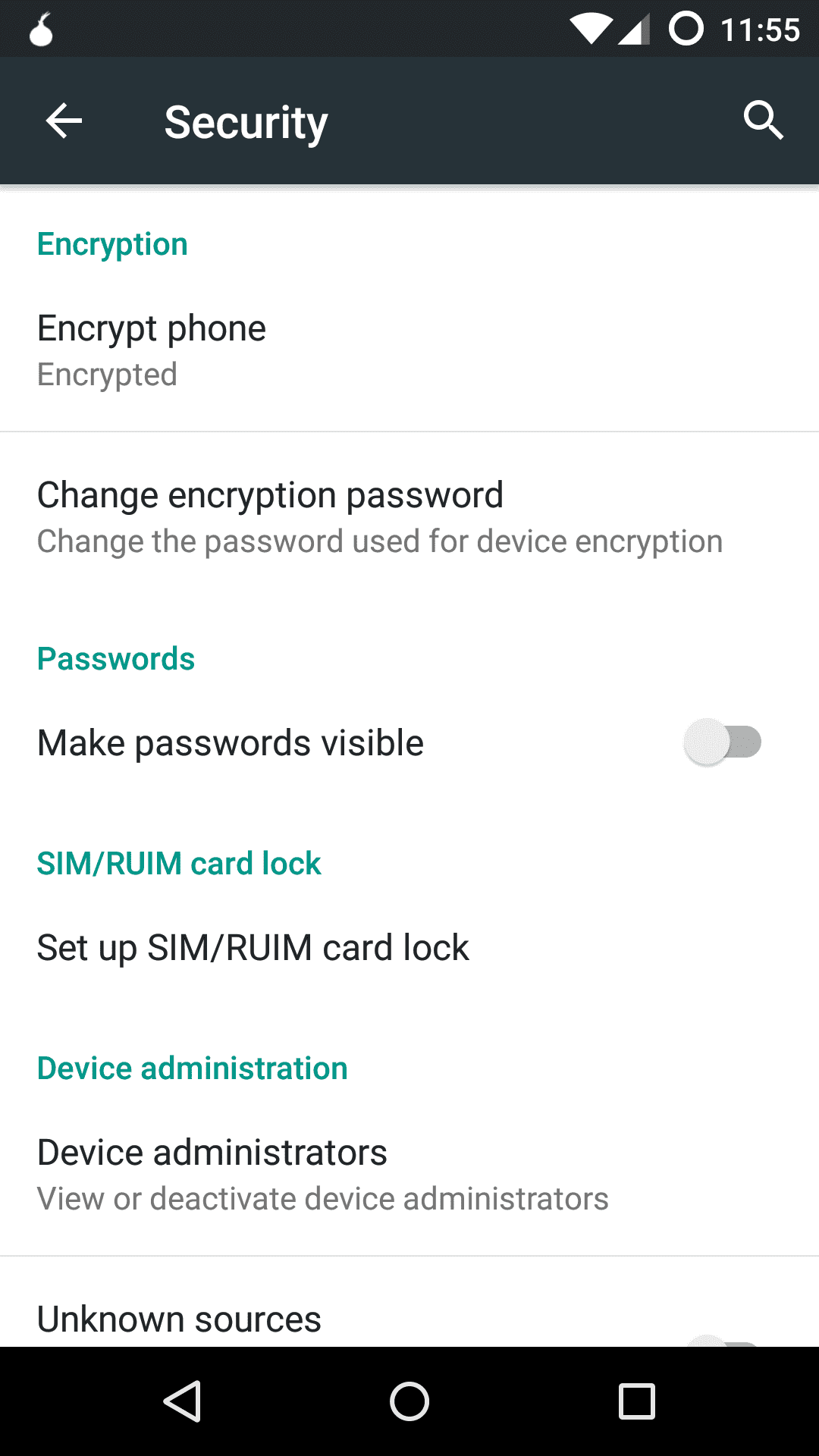 While implementing this, I discovered a bug with the existing widgets allowing the initial password confirmation to be skipped via cancellation. It's not a big deal because confirming the password at all is not strictly necessary and it's not the usual code path taken by the Settings app. It would be nice if there was more code reuse so issues wouldn't need to be fixed in 3 places (4 in CyanogenMod and now 5 in CopperheadOS; out-of-tree refactors would be a bad idea).

Once the separate encryption password is in place, a second menu entry appears for replacing it with the lockscreen password. Thankfully, this just requires a bit of glue code. 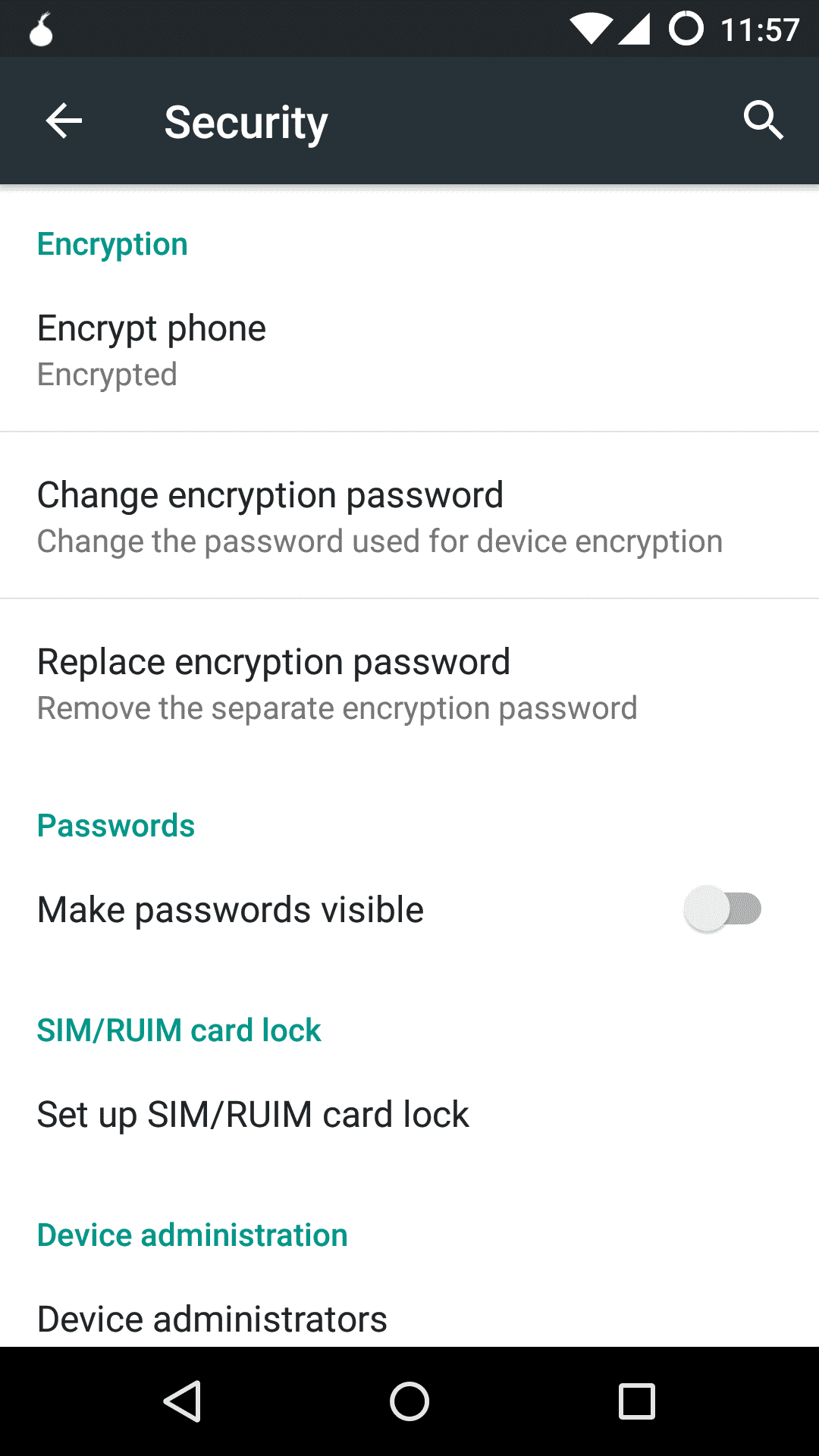 Permitting a strong encryption password without losing convenience is a nice improvement but a weak pin is still a liability without some form of brute force protection. CopperheadOS will likely just force a reboot after N (perhaps 5) failed attempts to force the entry of a stronger encryption password. This will be enabled by default if a separate encryption password is set. Wiping the data partition would be extreme and doesn't offer stronger guarantees than a reboot as the attacker can just reboot it themselves.